The food industry has seen a dramatic surge in demand for vegan products and this trend is set to continue as the number of vegans in Britain rises by 360% in 10 years.

Supermarket sales of vegan foods, produced without meat, dairy or eggs, are reportedly up by 1500% in just the last 12 months according to The London Economic. 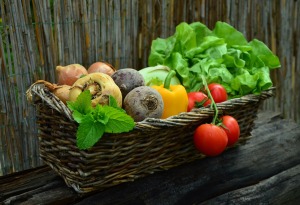 Tens of thousands of people pledged to go vegan at the beginning on 2017 as a result of the increasingly popular campaign ‘Veganuary’. Launched in 2014, Veganuary is a global charity that encourages people to eat a plant-based diet for the month of January.

The charity reported that 16,000 people officially signed up to the initiative in 2015, increasing to 22,951 in 2016, with the projected figure at 50,000 for 2017. Organisers say 51% of people who participated in 2016 remained vegan after Veganuary had ended. And that’s just the total for those who used the site to register, the unofficial figure is thought to be much higher.

WHY THE SUDDEN INCREASE AND WHAT’S BEHIND THE TREND?

There’s been a wave of celebrities and sports personalities opting for a plant-based diet, including Liam Hemsworth, Lewis Hamilton, Alicia Silverstone, David Haye, Venus and Serena Williams, Nate Diaz, and even Mr Universe 2014 – Barny du Plessis – all promoting the idea of a healthy vegan lifestyle.

Aside from the celebrity influence, there seem to be three main reasons for consumers seeking vegan options; health, the environment, and concerns around animal welfare.

In October 2015 the World Health Organisation (WHO) classified processed meat as a Group 1 carcinogenic, with red meat classified as Group 2A. In other words, there is convincing evidence that eating these substances causes cancer. The WHO stated that many national health recommendations advise people to limit intake of meat, linked to increased risks of heart disease, cancer, diabetes, and other illnesses.

A report from the United Nations Environment Programme (UNEP) says that Western tastes for diets rich in meat and dairy products are unsustainable and a global shift toward a plant-based diet is vital to avoid the worst impacts of climate change. Animal agriculture is the leading cause of deforestation, species extinction, habitat loss, ocean dead zones and greenhouse gas emissions.

Animal welfare is also a key concern for consumers, with the Food Standards Agency reporting over 4000 breaches of animal welfare regulations in the UK in the last two years, with animals being boiled alived, suffocated to death, and baby male chicks being ground up alive in giant blenders. Organisations like Go Vegan World have caused a stir with their exposé ‘Humane Milk Is A Myth’ advert. The Dairy Industry complained to the Advertising Standards Agency, who subsequently cleared the advert saying they believed its contents were accurate and not misleading, as had been suggested. This led on to many further campaigns, such as ‘Humane Eggs Are A Myth’.

HOW HAS THE FOOD INDUSTRY RESPONDED TO THIS?

In July 2016, Danone acquired WhiteWave Foods for $10.4 billion, a company that makes ‘Our Silk’, ‘So Delicious’, ‘Alpro’ and ‘Vega’, plant-based dairy-free alternatives for everyday food and beverages. Not a bad move given sales of Alpro Unsweetened Almond Milk have gone up by 2343% since 2015.

In October 2016, Tyson Foods, one of the world’s largest meat processors, exporting the largest percentage of beef out of the United States, invested a 5% stake in Beyond Meat, a 100% plant-based company that seek to make their burgers indistinguishable from real meat.

In the UK, retailers have also begun to significantly develop their vegan ranges.

Sainsbury’s launched their own range of vegan cheese in 2016, including cheddar, Wensleydale with cranberries, a feta alternative and soft cheese, all created using coconut. Sainsbury’s sparked a social media sensation when it renamed its new vegan cheese ‘Gary’ in response to an angry customer who objected to the naming of the free-from product. “Call it Gary or something, don’t call it cheese because it’s not cheese!” the customer had ranted.

In response, Sainsbury’s Twitter account humorously posted a mocked-up picture of their new product with the message “Thanks to customer feedback, we’re excited to introduce our new range of #Gary”

The tweet was reposted thousands of times and Sainsbury’s stores quickly sold out of the product! A great launch thanks to brilliant handling of a customer complaint!

Marks and Spencer have just launched two new vegan-friendly sandwiches to coincide with ‘Veganuary’. The ‘Super Green’ sandwich and the ‘Rainbow Veg’ sandwich. Helen Brennan, M&S sandwich expert, said: “We’ve seen a huge increase in interest from our customers in vegan eating and we noticed there was a gap in the market for food that vegans can eat on the go for lunch. We decided to create two new sandwiches that vegans can enjoy – they are so tasty and nutritious I’m sure non vegans will enjoy eating them too!”

Ocado now offer a designated vegan page, which as of today lists 1,168 products across their fresh, frozen, bakery, off-license, beauty, health and household ranges, making shopping easy and convenient for their vegan customers.

Jacques Thudichum, Buying Manager at Ocado, says: “Consumer appetite for vegan-friendly foods in the UK is showing no sign of slowing down. We’ve listened to our customers and have hugely expanded our vegan selection this year, adding new and exciting products each week to become one of our strongest categories. Ocado is committed to making these products as accessible as possible.”

Co-op are leading the way when it comes to labelling their wine and beer as suitable for vegans, with their stores stocking over 130 vegan wines, beers and spirits.

Morrisons, Asda and Sainsbury’s allow you to filter their websites quite easily to find out which products are vegan, and a quick look at the ‘Wine and Champagne’ products (most important) revealed that the amount suitable for vegans are as follows:

On the High Street, PretaManger, AllBarOne and Zizzi have introduced an array of new vegan options, with Zizzi being the first restaurant chain in the UK to offer a vegan pizza with vegan cheese. Some well-known brands also jumping in on the plant-based action are Hellmann’s who have created an egg-free mayonnaise, and Flora, a non-dairy margarine.

And it doesn’t end there. We’re also seeing more and more vegan start-up businesses such as One Planet Pizza, the UK’s first frozen pizza company, owned by the community it serves. One Planet Pizza’s homepage explains how their pizzas cause 60% less carbon emissions than the non-vegan equivalent, and with increasing popularity and interest from retailers, their ambition of going mainstream could well be on the horizon.

Plant-based products are certainly looking to be the ‘dairy-free’ cream of the crop. Now one of Britain’s fastest growing lifestyle movements, the food industry is responding with the realisation that the future is looking increasingly vegan. If shoppers are unable to easily locate and purchase vegan products, it seems as though competitors will quickly snap their business up.

This is a rapidly developing market with no time to stand still. 2016 saw one of the biggest increases in demand yet, with 2017 set to far exceed that.