I thought I’d have a bit of fun with my latest article, and ask ten tree-hugging, cardigan-wearing, rabbit-food munching, vegan-weirdo extremists a few questions about how they were brainwashed, why they decided to join a cult, and what it’s like to live as a protein-deficient anaemic…

I trekked into the forest, listened out for wind-chimes, and found the skinny, plant-based herd, huddled in tie-dye apparel, singing with their eyes closed, sitting around a communal campfire. The long-haired, weed-smoking hippies were barbequing stuffed peppers and tofu burgers, whilst drinking homemade elderflower juice, infused with pine-cone coulis, through straws made from dandelion stalks.

I approached the first plant-chewer with caution, and then asked each of them the same five questions, to hopefully get an insight into their frail, confused minds…

… only, turns out they weren’t the vegans after all. How can I have got it so wrong? So I left the forest, and headed to the city, then to a fire station, a body-building gym, and a theatre. FFS. That ruined the beginning of my story… 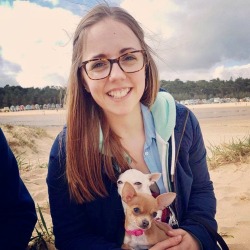 Thanks vegan-weirdo freaks… I guess that raises the question…
BLANK
Maybe it’s time to re-evaluate what’s ‘weird and extreme’?
BLANK
Pulling the trigger of a gun straight into the brain of a baby calf, burning pigs from the inside out in gas chambers while they scream in terror, grinding beautiful baby chicks up in giant blenders – is that what we consider ‘normal’? An industry that ‘makes a killing’ from death and deceit, that hides the truth of a horror so grim, it would tear the public heart out. Mass slaughter of baby animals that are considered mere waste and treated like products, as disposable as a cardboard box. There’s a reason slaughterhouses don’t have glass walls. Every time we buy meat from a shop, we vote to continue putting these animals through living hell… just so we can ‘have a snack’. Now THAT sounds pretty ‘extreme’ to me.
BLANK
On the other hand there are people that have taken heed of serious health warnings given by the World Health Organisation linking animal products to disease. There are people that care about animal agriculture being the leading cause of species extinction, deforestation, ocean dead-zones, and greenhouse gas emissions. There are people that have opened their eyes to look beyond the deliberately misleading marketing campaigns promoting ‘Happy Eggs’ and ‘Laughing Cows’ – to see the suffering, the pain, the fear. They are the people that have said ‘ENOUGH’.
BLANK
They are the sanity, the hope, the compassion. They are the only chance the animals have got.
BLANK
THEY are the people that give a shit.
BLANK
And for that… I love you. ❤︎
BLANK
BLANK
Anna x
Twitter & Instagram: @vegan_supernova
BLANK 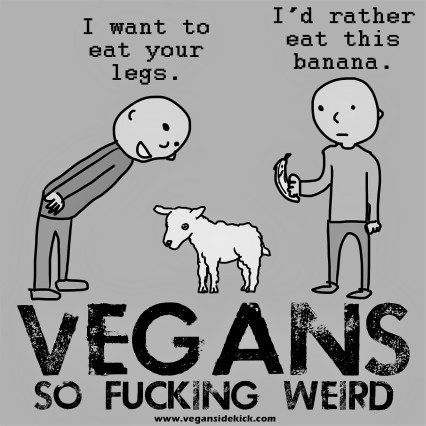 Read ‘Why the fuck am I vegan? – The downside they don’t tell you about.’

One thought on “10 Vegan-Weirdo Extremists”